Growing up watching Indiana Jones movies made this next stop exciting. The ancient city of Petra, Nabataean caravan city, situated between the Red Sea and the Dead Sea, and Wadi Rum. This scenic drive is where Camel caravans passed through, loaded with spices, textiles, and incense from distant regions, and through that commerce, the city of Petra flourished, until a massive earthquake in 363AD left the structures of Petra in ruins. Upon arrival, we started our walk down the narrow gorge called the Siq (the shaft) to see The Treasury. The Siq is a natural geological passage formed from a deep split in the sandstone rocks. After a 15 minute walk, we finally see El Khazneh, The Treasury, carved directly out of the red sandstone cliff. This structure is impressive I have never seen anything like it before.

After spending an hour at The Treasury, we boarded our tour bus to drive to Wadi Rum. When boarded our 4 X 4 transfer stop, we were engulfed in the desert. Before arriving, I read so many things about Wadi Rum being acclaimed by many as one of the most stunning desert landscapes in the world.

The scenery was magnificent, towering cliffs, mauve colored stretches of sand were amazing. The rock towers reminded us of the Red Rocks in Utah. We drove passed a Bedouin camp where other tourists were going to have a buffet dinner served under the Bedouin tents. After having a nice desert drive, we drove back to our bus to drive back to Aqaba.

Follow us on our journey the next stop is Salalah, Oman. 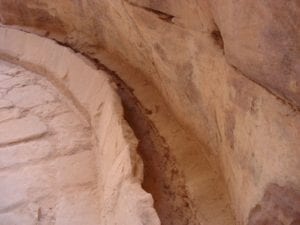 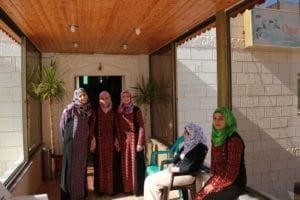