We checked into the hotel which was really nice. It had Murano glass Chandeliers throughout. 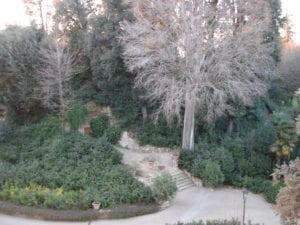 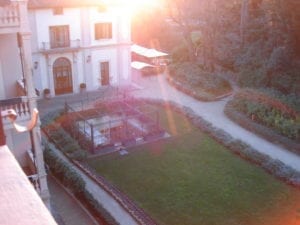 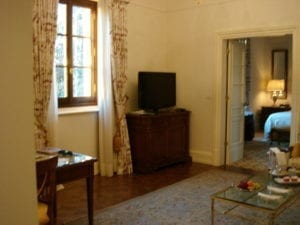 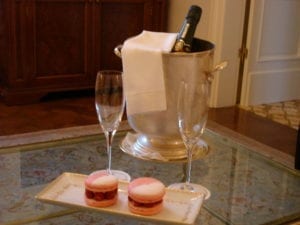 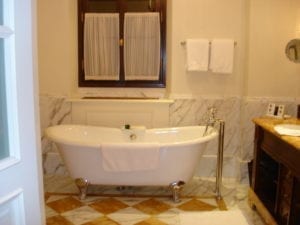 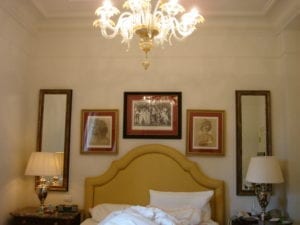 The train ride from Venice to Florence, Italy began on a bad foot. Remember all the luggage I told you we had well we didn’t realize that the tickets had assigned seats, so our seats were in car 6, and we got on car 1. John had to carry one bag at a time to get them to car 6 while I stayed with the luggage on car 1 . After a stressful beginning, we were looking forward to the scenery for the remaining six-hour ride. I loved riding the train; it reminded of being in Greece. When I was younger, that’s how we traveled from Athens to my mom’s town Kalo Nero, Kyparissia.

We checked into the Four Seasons Hotel, and after getting settled in, we decided to take a walk to get familiar with the city. We had dinner plans at Enoteca Pinchiorri which was a very impressive restaurant. We had a packed schedule for the next day, so we made it an early night.

The next morning we started on our walking tour of the city, and the first stop was the breathtaking Il Duomo di Firenze. Pictures do not do it justice! After taking a million pictures, we then moved onto The Ponte Vecchio which is a medieval stone closed-spandrel segmental arch bridge over the Arno River.

We then decided to start the museum tours we visited the Uffizi Gallery which was nice and then we visited the Galleria dell Accademia to see Michelangelo sculptures, including the impressive statue of The David.

Follow us on our journey the next and last stop on this trip is Rome, Italy. 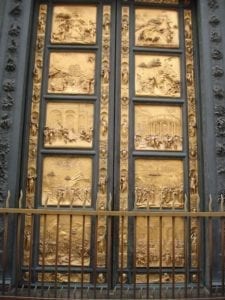