After cruising the East China Sea, we arrive at our next port Nagasaki. We began our tour visiting Nagasaki Peace Park, commemorating the city’s destruction by the plutonium bomb dropped on August 9, 1945. Fat Man was the second bomb dropped on Japan, missed its target by over a mile and a half, it leveled nearly half the city.

The park’s main attraction is this massive Peace Memorial Statue depicting a man with his right arm pointing to the sky to indicate the continued threat of nuclear destruction. The next stop was the Atomic Bomb Museum which had over 900 artifacts showing the city’s devastation.

Follow us on our journey the next destination is Taipei (Keelung), Taiwan. 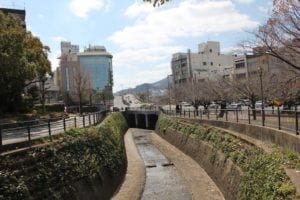