Tonight we boarded an open top double decker bus for our night tour. We drove through the heart and soul of Kowloon. We drove past the Peninsula Hotel and modern Hong Kong Space Museum. We then drove to the animated Golden Mile of Nathan Road, the longest street in Hong Kong. On Nathan Road we were dazzled by all the bright neon lit up buildings. We also had the chance to go shopping at the Temple Street Night Market. This was a long street filled with vendors selling clothing, knock-off watches, posters all sorts of souvenirs. 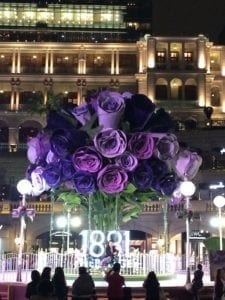 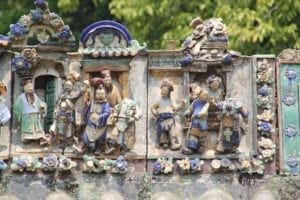 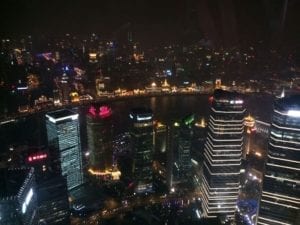 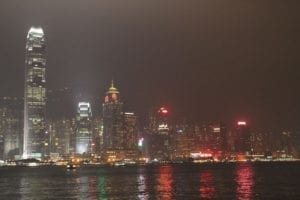 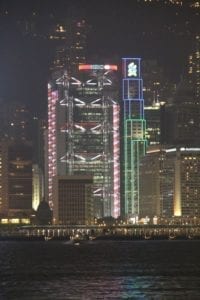 Lantau Island is the largest of the 235 islands. The full day tour began with a drive to Tsing Yi Lookout where we had a panoramic view of the Tsing Ma Bridge. After a brief photo stop, we drove to Tung Chung Terminal to change bus’ to drive on Lantau Island. We drove along the winding roads to Tai O Village which is known as “Hong Kong’s Venice” because of its many crisscrossing waterways.

Upon arrival on Lantau Island, we began our walking tour of Tai O and the Po Lin Monastery. The monastery is located at an altitude of 1,700 feet on the Ngong Ping Plateau. We then walked to see the main attraction which is the 250 ton, 102 foot high Bronze Buddha statue called Tian Tan Buddha. This is largest seated Buddha statue in Asia. The pedestal of the statue is a three-story exhibition hall embellished with Buddhist figures and scriptures.

After taking a bunch of photos, we walked to have a vegetarian lunch prepared by the resident monks which was delicious.

The last stop on this tour was a cable ride by Ngong Ping Skyrail. This is a spectacular 5.7km (3.54 miles) cable car journey, traveling between Tung Chung Town Centre and Ngong Ping on Lantau Island the floor of the cable car was glass which was scary at first but after a few minutes we got used to it and were able to enjoy the panoramic views. We went to the South China Sea and the North Lantau Country Park. We saw the best views of Hong Kong on this complete glass Skyrail.

Follow us on our journey the next destination is Hanoi (Ha Long Bay), Vietnam. 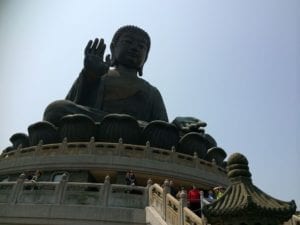 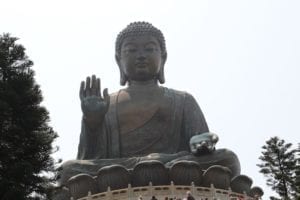 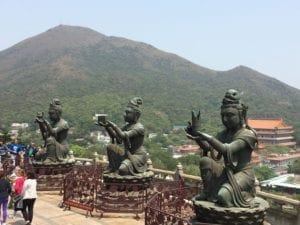 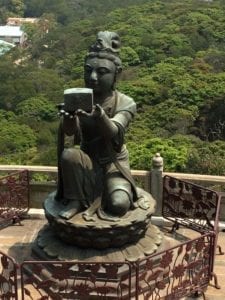 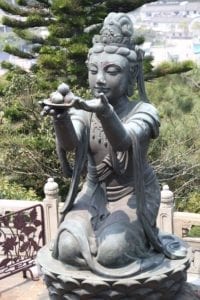 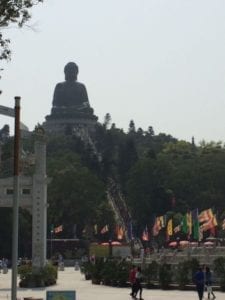 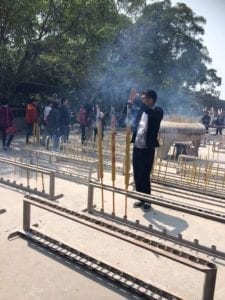 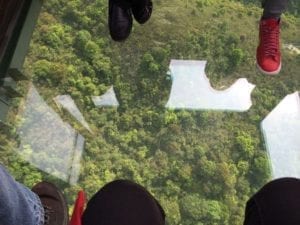 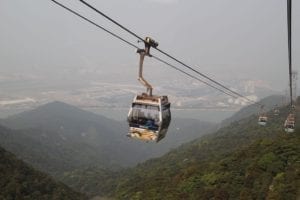 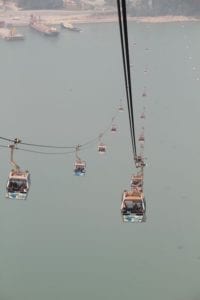 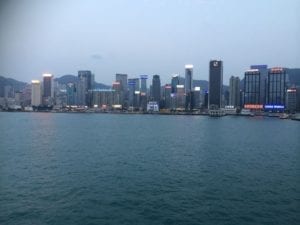