March 27, 2014 – Saigon – Mekong River Cruise
Today we had a river cruise scheduled which was once again something I learned about in school. Our tour bus drove us to the delta port of My Tho where the Mekong River begins. The river starts in the Tibetan Plateau and is 2,795 miles to the Mekong Delta and the South China Sea. The river has what they call Nine Dragons that fan out covered with green rice paddies and orchards of coconuts, mangos, pineapples, and bananas.

From here we boarded a motorized boat to get to our paddle boat. We paddled through the jungle which was thick with vegetation you could barely see the sky. We then stopped on a small island and saw some handmade things being sold by locals. It was quite an experience. After a short ride through the Delta, we then boarded a motorized boat once again and went back to our tour bus to the pier.

March 28, 2014 – Saigon – Private Tour
We schedule a private tour today so that we can see more things without having to deal with 40 other people. Saigon began as a small fishing village; then it was rebuilt by the French in the mid 19th century. Modern day Saigon has a population of more than seven million people and is the largest economic center of Vietnam. We visited the Huyen Khong Monastery inside a cave which was cool. After that, we just drove by the beach and visited some stores that sold marble stone statues.

Follow us on our journey the next and last destination on this trip is Bangkok, Thailand. 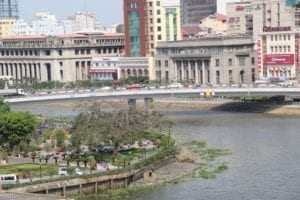 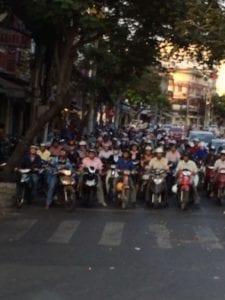 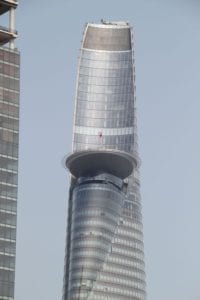 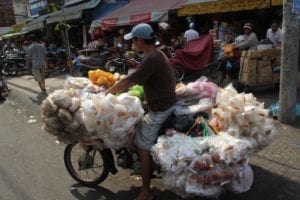 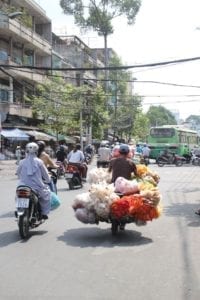 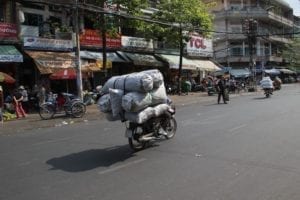 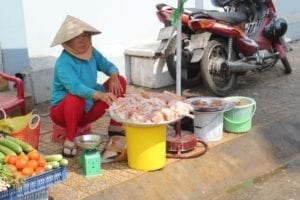 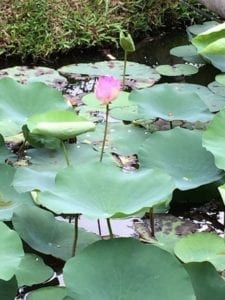 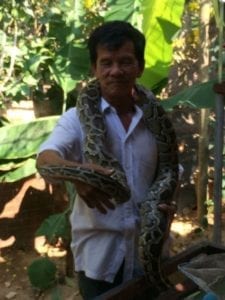 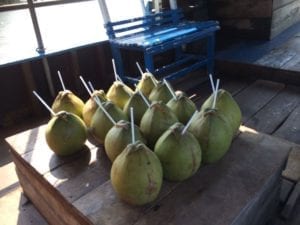 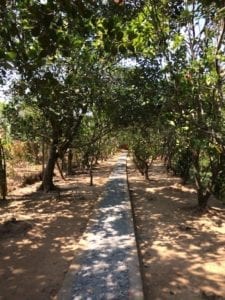 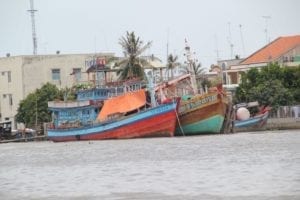 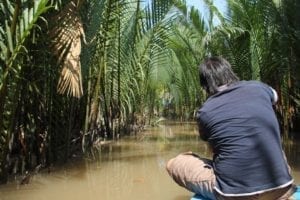 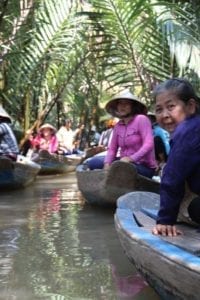 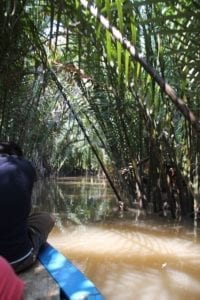 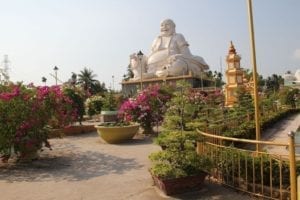 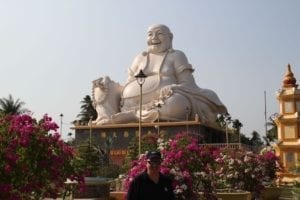 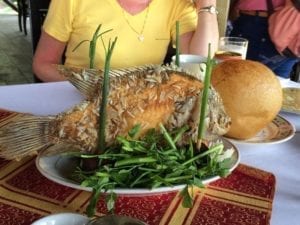